World Data Center for the production, preservation and dissemination of the international sunspot number 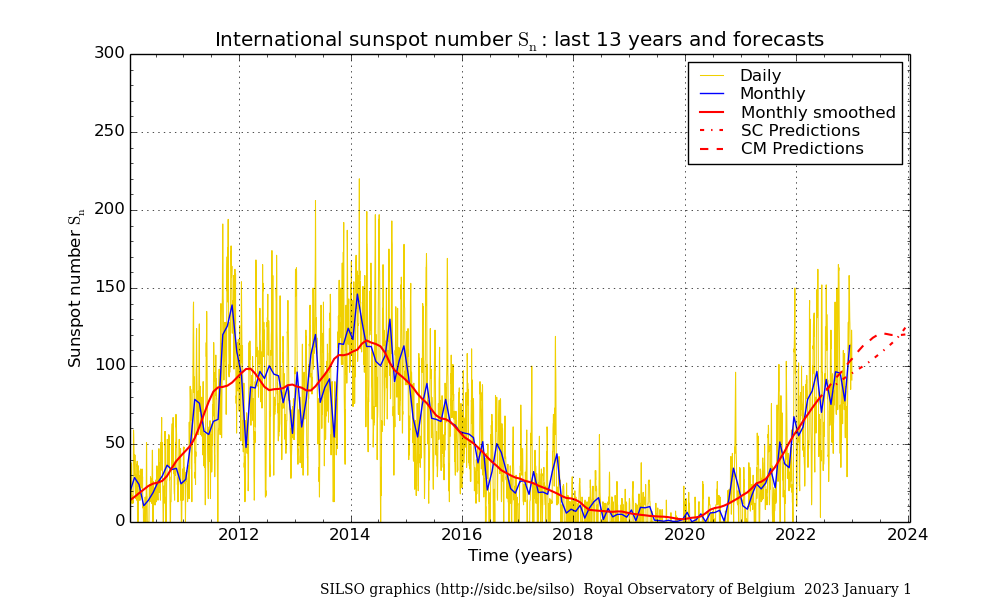 An international panel of experts coordinated by the NOAA and NASA,to which the WDC-SILSO contributed, released a preliminary forecast for Solar Cycle 25 on April 5, 2019. Based on a compilation of more than 60 forecasts published by various teams using a wide range of methods, the panel reached a consensus indicating that cycle 25 will most likely peak between 2023 and 2026 at a maximum sunspot number between 95 and 130. This prediction is now given in the scale of sunspot number Version 2. Therefore, solar cycle 25 will be similar to cycle 24, which peaked at 116 in April 2014. Link to the full graphics from NOAA

The next minimum between the current cycle 24 and cycle 25 is predicted to occur between July 2019 and September 2020. Given the previous minimum in December 2008, this thus... more